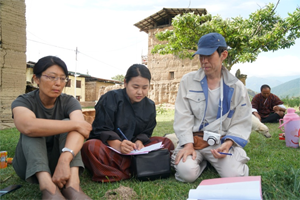 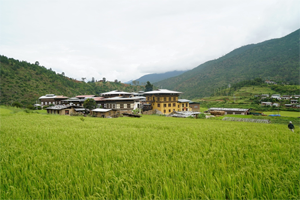 Participation at the 43rd Session of the World Heritage Committee

The exterior of the venue

The 43rd session of the World Heritage Committee was convened in Baku, Republic of Azerbaijan from June 30th to July 10th, 2019.
Twenty nine heritage sites, including Mozu-Furuichi Kofun Group in Japan, were inscribed on the World Heritage List at the session. This was the highest number of sites to be listed since the limit was established on the number of new sites the committee would deliberate on each year. This may seem like a good situation at first sight; however, of the inscribed sites, seven sites that the Advisory Bodies had originally considered did not meet the inscription criteria, but the decision was overturned and their inscription as heritage sites was confirmed at the committee session. For the past few years, as the committee’s decisions have been deviated from the counsel of the Advisory Bodies, the inscription of sites whose value and boundary are unclear has come into question, and it seems that this situation has still not been rectified.
Considering this situation, the decision to establish an ad-hoc working group to review the nomination and assessment process was made in the 2018 committee meeting. The contents of the decision were discussed at this year’s meeting, and it was decided that the nomination process would be a two-stage system and that a “Preliminary Assessment” process would be implemented as an initial step in the nomination process. It is anticipated that this Preliminary Assessment will stimulate a dialogue between the Advisory Bodies and States Parties in the early stages, which will raise the quality of nomination dossiers. Presently, the Preliminary Assessment is being considered as a necessary process for all States Parties, and granting States Parties the right to decide whether or not to continue with the subsequent nomination process, irrespective of the Preliminary Assessment, is also under deliberation. Nevertheless, this discussion including on the subject of the commencing time has only just begun. Tokyo National Research Institute for Cultural Properties will continue to scrutinize discussions concerning world heritage in general, and collect and transmit diverse information pertaining to the implementation of the Convention Concerning the Protection of the World Cultural and Natural Heritage.

The 42nd Session of the World Heritage Committee Deliberation of “Hidden Christian Sites in the Nagasaki Region” Tokyo National Research Institute for Cultural Properties held the World Heritage Seminar with the theme of “Process of Evaluating Nominations and Roles of the Advisory Bodies for Inscription on the World Heritage List” at the Institute’s seminar room on January 18, 2018.
This Seminar, held for the first time, is designed for local government officials in charge of matters related to World Heritage, and aims to provide information about the system of World Heritage and the latest trends as well as an opportunity for exchange of ideas. Focusing on the process of how the Advisory Bodies evaluate nominations, this year’s Seminar featured various speakers who discussed the actual details of what International Council on Monuments and Sites (ICOMOS), in particular, does, from different perspectives.
First, Ms. Asuka SAKAINO from the Institute presented a report on the 41st session of the World Heritage Committee held in Krakow, Poland, in July 2017. Ms. Yoko FUTAGAMI, also from the Institute, then provided an overview of the World Heritage Seminar, and also described the evaluation process for the World Heritage List and problems with the current situation. Another speaker featured in the Seminar was Ms. Miki OKADERA, Chief Engineer of the Fukuoka Prefectural Government, who played a critical role in the preparation of the nomination file for the Sacred Island of Okinoshima and Associated Sites in the Munakata Region and addressed the evaluation by the Advisory Bodies. She talked about her journey through the entire process related to the nomination of the sites, which was examined during the 41st session of the World Heritage Committee and inscribed on the list. In addition, Prof. Nobu KURODA of the University of Tsukuba shared her insights into the site mission from a professional viewpoint, based on her actual experience as one of the experts appointed by an Advisory Body to conduct a site mission in 2006. Finally, Prof. Toshiyuki KONO of Kyushu University, who was appointed president of ICOMOS in December 2017, delivered a presentation on the roles of the Advisory Bodies from the organization’s perspective.
A total of 74 people attended the event, including officials from 29 prefectural or local government in charge of matters related to World Heritage as well as officials from the Cabinet Secretariat, the Agency for Cultural Affairs, and the Subdivision on World’s Cultural Heritage of the Council for Cultural Affairs.
The Institute will continue to host such Seminars to communicate information obtained through the study of World Heritage and provide opportunities for people to share information.

The 30th General Assembly of ICCROM Appearance of the site The staff members of the Tokyo National Research Institute for Cultural Properties (TNRICP) participated in the 30th General Assembly of the International Centre for the Study of the Preservation and Restoration of Cultural Properties (ICCROM) held in Rome, Italy, from November 29th to December 1st, 2017. ICCROM was founded based upon the decision at the 9th Session of the UNESCO General Conference in 1956. It is an intergovernmental organization with its headquarters located in Rome since 1959, especially characterized by covering a wide range of cultural properties, regardless of whether they are movable or immovable. It is well known as one of the three Advisory Bodies for the World Heritage Committee and is in a cooperative relationship with TNRICP over many years especially through training activities for preservation and restoration of cultural properties made of paper and urushi lacquer.
The General Assembly of ICCROM is held biannually. During the latest General Assembly, Dr. Webber Ndoro nominated by the Council to be a candidate for Director-General was elected to serve as the new Director-General starting January 1st, 2019. As Dr. Ndoro is the first Director-General from Africa, it is expected that ICCROM’s projects in Africa will be further activated during his term of office for a period of 6 years.
Further, as has happened in the past, an election was also held due to the expiration of the term of office for about one-half of the Council members. As a result of the election, the Council members from Belgium, Egypt, Sudan, Switzerland, and Germany were reappointed, while new Council members were elected from China, Dominica, Lebanon, Poland, Swaziland, the U.S., Portugal, and Russia.
In the thematic discussion, various cases were introduced under the theme of “Post-conflict Reconstruction – Recovery and Community Involvement.” From Japan, Prof. Toshiyuki KONO of Kyushu University made a presentation on reconstruction efforts of buildings in Japan after World War II.
TNRICP intends to continue working on collecting information on the international trends regarding preservation of cultural properties and widely transmitting the activities carried out in Japan.